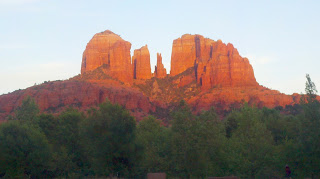 Free Will is often mentioned during my client sessions. As souls, we each have Free Will to choose our direction in life. Free Will expands options: how we express our soul energy in the world; how we move into our soul destinies; choosing whether to follow our soul's destiny or take a different path. We can use Free Will to enhance or restrict our lives on this planet.


A friend of mine recently mentioned how some people use Free Will as an excuse for bad behavior. It led to the question: "Does Free Will absolve you of personal responsibility and consequences?"

Here's a simple example. Someone warns you to avoid touching a hot stove because your fingers will burn. You have Free Will to touch it. Your soul energy says: "don't touch it." You touch it anyway. Your fingers burn. It hurts for a few days. Etching a soul memory "don't do that again". That's instant Karma. You used your Free Will; chose a different path; got burned; learned lesson.

In today's Social Media world, people can act crass, mean, belittling in the comfort and privacy of their home or office. Anonymity is a strong protective force. Bullies love anonymity. They may hurt or offend others then easily walk away from the consequences: enraging others; creating anxieties. You don't see nor hear what happens to them next. Like a tree falling in the forest, Karmic theory happens whether you see or hear it or not. What happens to them next is not your concern. It's their Karmic cycle, not yours.

As long as we move through life doing the best we can, using our Free Will in positive ways: being kind, classy, compassionate, speaking our truth in gentle ways; we are building good Karma. We are using our Free Will to affect positive results, which strengthens our connection to our soul energy and all benevolent forces. Actions always have consequences. Life can be challenging enough. Why add more adversity?

The 2016 primaries top every news cycle. The anger, frustration, rancor is palpable - with Donald Trump leading the rage. Celebrity and name recognition are not the best qualities when choosing a nation's leader. However, in the absence of credible sources or information, we choose what is familiar.

It would be nice if political candidates appealed to our higher senses: honesty, integrity, mutual respect, class. While also providing information we could substantiate, confirm and test. But politicians who run high-vibration campaigns rarely win elections over the last 30 years. It's one reason why only 50-60% eligible American voters actually vote or engage in politics. (Source) Many reasons exist for political or voter apathy: low-vibration campaigns is just one.

The primaries were created to help us sift through candidates. A first step toward choosing someone qualified who aligns with our beliefs, values, concepts of empowerment and definition of leadership - before the main populace votes.

While contentious primaries and elections occurred often over past 50 years, this election year appears more volatile and negative. The media like it that way. Media producers decide what news to broadcast. Don Henley's song Dirty Laundry comes to mind. The more controversial, divisive the topic, the more viewers watch. Media is judged on their viewership or readership.

We have 8 remaining months of political fighting before November elections. It will get dirtier before things calm down. Just like a hurricane. All of us want the same thing: a stronger, more unified nation of opportunity, economic prosperity, self-empowering environment.

Researching to uncover facts and candidates' records instead of hearing more rage, anger, fear on the airwaves will help each of us raise America's vibration. We have 8 more months to change the tone and attitude in our country.

Using the Butterfly Effect, what you do now, how you react to current forces and information, can change the course of current events. It's up to you: live in the negative or move into the positive.