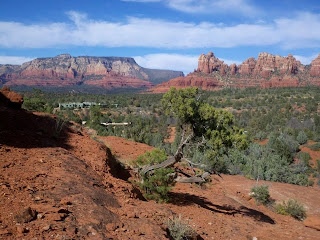 Although the Federal Government owns most of our Forest land area, private citizens also own land. Business owners are regulated by City of Sedona and State of Arizona, not the Federal Government. Designating the entire area as a Federal Monument will give local control and power to US government; negatively affecting private landowners, ranchers, homeowners, hotels, innskeepers, restaurants, jeep tour companies, and small businesses that provide services to tourists - like my professional psychic practice. The Federal Government will control all activity in our area. We will have no voice or choice about what happens here.

I've attended numerous meetings, researched this issue, read editorials about this National Monument designation. The night I returned to Sedona, I attended a meeting among Realtors who discussed this. I wanted to hear both sides of the issue.

The next day, I attended Sedona's City Council meeting -  voting to approve the National Monument status was on the agenda. Over 100 locals attended the meeting, voiced concerns directly to City of Sedona. We opposed it. City Council did not vote on it. The issue was punted until mid-October.

Based on recent poll by our area paper The Red Rock News, 81% of us (locals & RRN readers) oppose it. Based on my unofficial poll, 99% of my friends, colleagues, fellow business owners oppose it. It is wrong for our town in so many ways.

Once you read the material, if you'd like to stand with the majority of us locals, against the NM status, please sign the petition against it. 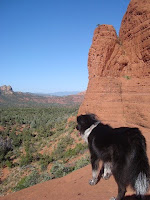 Sedona's natural beauty and limit human footprint on our soil. That sounds very worthwhile, doesn't it? Everyone wants to preserve the Natural Beauty surrounding us. However, the devil is in the details. Preserving natural beauty at the price of freedom and individual liberties? Not a chance.

Currently, three local organizations and hundreds of locals clean up our trails and keep Sedona beautiful. We do it because we love this area. Local groups also already work closely with US Forestry Service, helping them understand how to manage our land. We're already preserving the natural beauty of our land. We do it everyday without jeopardizing our liberties.

Designating our land as a National Monument will not further protect it or clean it up. It will move the power and control from locals to the Federal Government. When was the last time the Federal Government managed something correctly? ACA (aka Obamacare)? US Post Office? Amtrak? EPA's spill in Colorado?

Based on historical data (previous National Monument designations), the towns surrounding National Monuments become ghost towns. The Federal Government rarely cares for the land or over-taxes its residents or over-regulates activity to the point of no activity.  The proposed area for the Monument encompasses adjacent towns such as Cottonwood, Camp Verde, Clarkdale.

Who will make the decisions once National Monument status is designated? Washington DC. Who makes the decision on whether our Red Rock Country will be designated as a National Monument? Sedona City Council then President Obama's office. No one who represents us will be given an opportunity to say "no." We, the locals it will affect most, are not given an opportunity to vote on it.

The City of Sedona, working alongside Keep Sedona Beautiful, have written the proposal. Next step is City Council voting/signing off on the proposal. Then they send it to President Obama, where his staff will review and rewrite it. Staff who have no interest or information about our town and surrounding areas. Then the President will sign it. After Obama signs the Monument Proclamation, our town will significantly change - negatively, drastically. It will also significantly change how much access visitors and hikers will have to our Red Rocks.

We want to keep our land in our hands, not the Federal Government. If you feel the same, please sign the petition against the National Monument. Here's another anti-Monument petition. Please sign this one as well - it goes direct to lawmakers. Thank you.

Other links about SVVNM:
Editorial Opposing Monument
Environmentalist Opposes Monument
How NM status was born; How it is being presented

Posted by Sedona Spirit Psychic - Robin Amanda at 11:58 AM