You Can Survive Life's Challenges 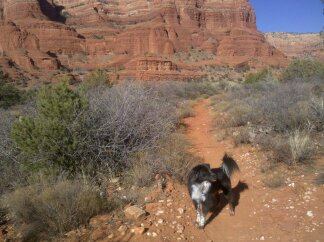 Interesting what you learn when you reflect on your life. Since I turned 50 in August, reflections occur often. It's a good thing. Reminds you what you're made of: your grit, determination. And why you believe the things you do. I'm a professional psychic. Helping others is my "calling." Believing in Angels, God, The Spirit Realm and a person's soul destiny are not just words or ideas. I've survived countless tragedies by believing in these concepts for almost 30 years. Faith in God, Angels, The Spirit Realm carried me through my darkest days.

Here are some examples of my life experiences. Maybe my true story of triumph over tragedies will bring you renewed confidence and strength to conquer whatever challenges you face right now. 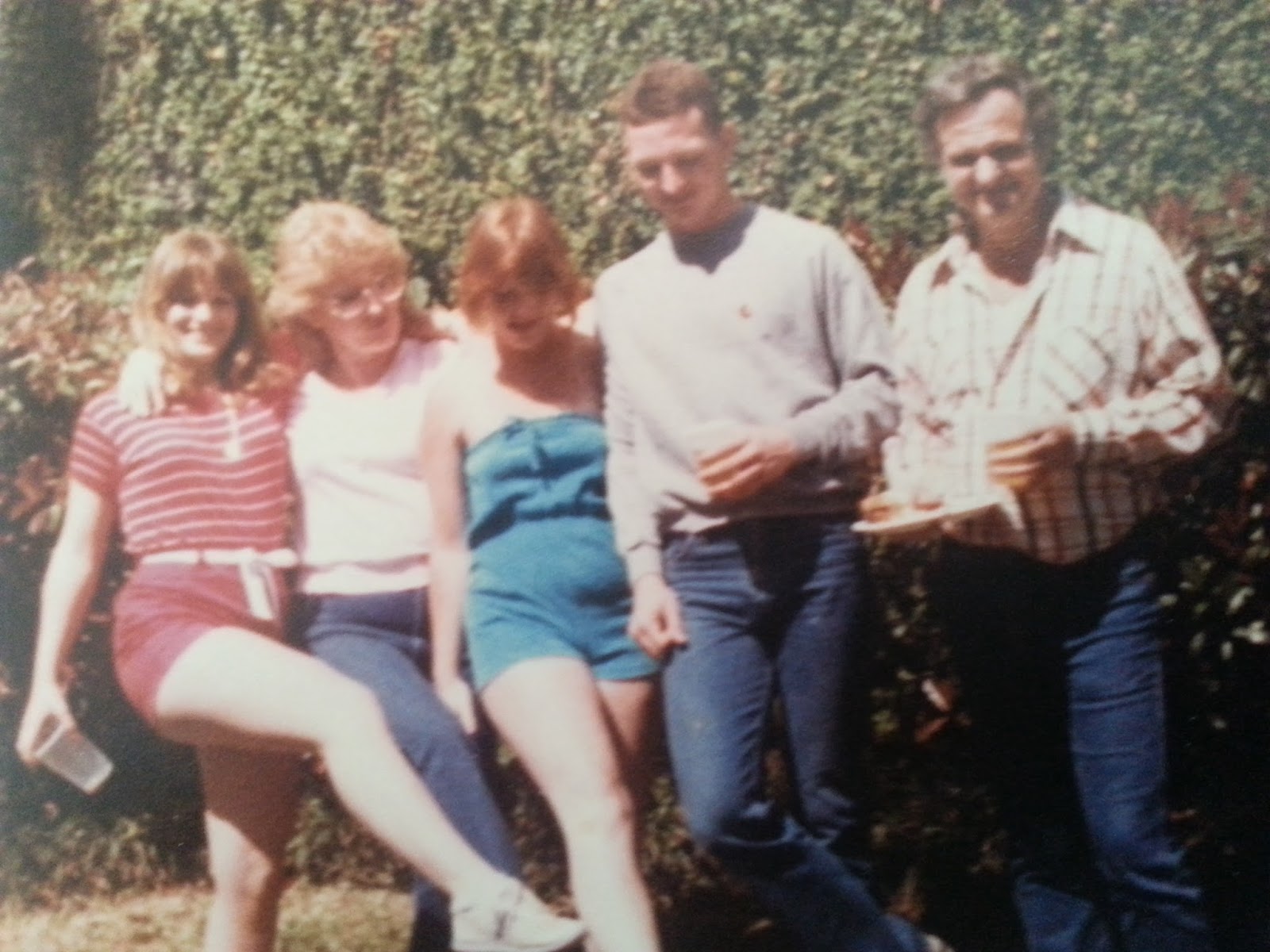 In 1997, BBC & HBO aired a documentary about me and my family viewing the execution of my siblings' murderer in February 1996. My brother & sister were victims of a burglary at our family business in Houston, Texas. The burglars wanted "no witnesses." My mother spent years lobbying the state legislature to give victim families the right to view an execution. We were the first Texas family to view one. We were setting a standard for future victim families. No room for error.

Hadn't watched the documentary in over 10 years until last month. Fascinating to watch a part of your life from almost 20 years ago. I was 31 years old when the execution occurred. You definitely change over the years. That person from 20 years ago doesn't resemble you now, except your soul remains intact. Watching the film brought up old memories.

In the documentary, they filmed me redirecting traffic at a busy Houston intersection (I-45 & 1960). We were late to the execution & construction held us up even more. As the first victim family to view an execution, we couldn't be late. I got out of car on that busy road, talked to construction crew & they moved cones/traffic to let us through on our way to Huntsville State Prison. We didn't have a police escort. The prison wasn't going to delay execution just because we were late.

What's interesting about that? Three other cars, including the film crew, followed us. All of us were stuck in traffic. The clock was ticking toward execution time. Meanwhile, our cars were stuck, literally, for several minutes. No one else in our caravan jumped out to clear a path, so I did. Other back-story: It was the 2nd month of a tragic 6-month journey in my life. Two months before, my husband filed divorce papers in Rhode Island. Where we lived. That was a shock & true heartbreak. One week before the execution, I found out I was pregnant. Another shock. I didn't tell anyone. Tensions were already high preparing for the execution.

That night, we saw the execution. My father felt better. My mother felt better. I had mixed feelings. Glad he was gone. Wished my brother and sister were still with us. The execution was right and just. I still believe that today. Wished it had been another family, not us, who walked through this journey from tragedy to court trials to the execution chamber. But I also didn't want anyone else to feel the pain & loss we had. Mixed feelings. Then the press swarmed around us. Most reporters and TV hosts created an image of our family and the state of Texas as hard, cruel, unforgiving. My mother did most interviews. I joined her sometimes. The media felt sorry for the executed killer. Not us. Our 8-year journey through grief did not matter. Our innocent lives did not matter. The man who disrupted our lives, broke our family apart, shot and killed my older brother and younger sister in a rage - his life mattered. The press' take on our tragedy made my head spin, and my heart heavy.

A month later, I lost the baby. Another heartbreak. Nobody in my family knew. It was a tubal pregnancy. Required surgery. Two of my close friends came to the hospital while I recuperated. Nobody in my family knew about it. It happened a month after viewing the execution. My parents and rest of the family were still processing what they saw and how they felt. Telling them about the pregnancy and surgery would add insult to injury. A year later, doctors told me I couldn't get pregnant naturally again. The surgery damaged the tube connected to the only ovary that produced eggs. My desire to have children was lost unless I spent thousands of dollars on IVF. I tried IVF once but it didn't take. Couldn't afford to do it again. Forced to say "goodbye" to one of my dreams. Being a mom. Kept adoption option open for while, waiting for better timing. Never happened.

A month after I lost the baby, I was fired from my job. I was a sales manager. Wasn't producing the numbers. Couldn't focus. For the next 3 months, I couldn't find a job. Dead broke. Ate oatmeal for breakfast, lunch, dinner. Sometimes spiced up diet w/hot dogs. My parents called me a loser whenever I talked to them. Nov 1995-April 1996 was rough! 1997 was a major improvement.

In 1998, I had a near-fatal car accident. Collided with another car. I don't remember the accident, even today. The other driver and car were fine. It totaled my car.

The other driver said I spun around about 5 times before landing in a ditch. I don't remember that. My car was smashed in everywhere like an accordion - except where I sat. The only memory I have, even today, is my near-death experience during the accident. I don't remember the other car. I don't remember being tossed around inside the car, hitting my head on the windshield and steering wheel, nor remember spinning five times. I remember talking to my Spirit Guides. I remember seeing five or six of my Angels standing beside me, holding my hand, as they asked: "OK. You're here. What do you want to do? Stay with us or go back and tackle life again?" My reply: "I don't want to leave you, but I want to conquer those challenges. I think I can do it."  They replied back: "It's not going to be easy. Are you sure?" I defiantly answered: Yep.

Then I remember waking up inside my car with a bloody head, a severe headache, achy arms and legs, wondering where I was. I opened the car door, slid down the muddy ditch, got back up and walked to the ambulance waiting for me. Went to the hospital, got stitches, and they released me a few hours later.

For the next two months, the severe head injury caused me to stutter. When I returned to work a few weeks later, the company fired me due to a merger-acquisition. I was unemployed again but my company provided a good severance package. The area where the doctors stitched up my head, my hair never grew back. Even today. Whenever life gets me down, I look at that bald patch and say: "I chose to return to Earth life. I can do this!"

A year after the car accident, I was diagnosed with Breast Cancer. I beat it. It was at an early stage. I survived it with a good diet and holistic remedies. It was not Stage 4 so I was extremely thankful. No chemo, no radiation. Was it scary? You bet! Scarier than other stuff that happened to me? No. It was a major distraction and I was mad for a few weeks. Then I got over it, fixed it. A steady diet of believing in myself, The Spirit Realm and God pulled me through it. Plus good nutrition: food, positive thinking and gratitude. If it had moved toward Stage 4, I would have combined holistic with chemo or radiation. You cannot fight some Stage 2 and definitely not Stage 4 without chemo or radiation. 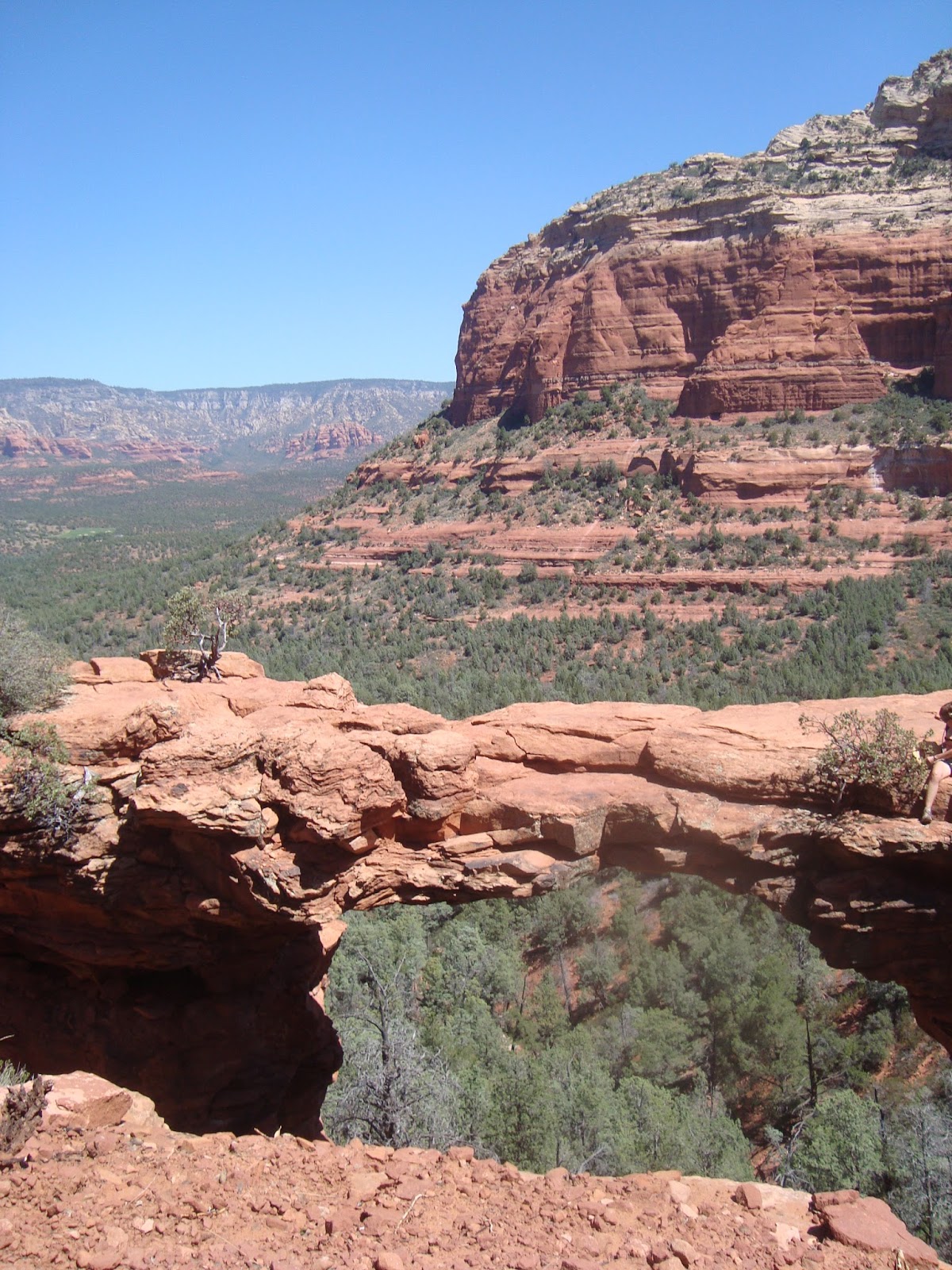 After all these "mishaps", I found a great job, bought a house and life calmed down. A few years later, I moved to Sedona.

These experiences taught me the value and strength of God, The Spirit Realm and the power of Faith. They're not just words or concepts. They are real. All you have to do is trust them. And trust yourself. The biggest Spirit in the Universe is your Spirit. Right now. You can do it.

You're stronger than you realize. You survive. You move on. No matter what happens in this mixed-up world, you can overcome it. If I did it, so can you. True grit, determination and....sometimes on a wing and a prayer!