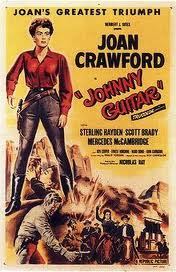 Next February marks the 18th Anniversary of the Sedona International Film Festival. But Sedona's most fascinating movie history occurred decades before.

Local legend tells the story of how John Ford found Sedona. His wife was traveling back to California when she got lost, finding herself in Sedona. The towering Red Rocks felt more appealing than Ford's Monument Valley backdrops.  She stopped at a rancher's house, called her film-maker husband and asked him to come get her. "You must see this!" The rest is history. Ford filmed many westerns here.

When he brought John Wayne to Red Rock Country for filming, Wayne took one look at Red Rock Crossing and pledged to include its scenery in every film he made. Legend continues that he did include Red Rock Crossing in every movie contract except his last film, "The Shootist."