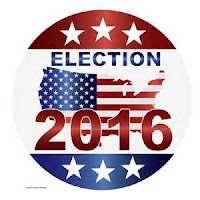 True Enlightenment also requires tolerance, respect and mutual respect. Without those qualities, a person is not fully enlightened.


2016 US election results shocked most of us. Especially if you followed the daily news headlines and polls. Historically, US voters do not keep the same political party after 8 years (FDR exception). So 2016 results should not shock us. Changing of the guard happens either every 2, 4 or 8 years in US politics.

True Enlightenment also requires faith. Faith in the process. Faith in people. Faith in The Universe-God-Spirit Realm. What may seem divisive or contradictory to our beliefs may result in renewed unity or strengthened beliefs. With elections, we rarely know consequences until they happen.

Let go. Let God. Know there is a divine force working its magic. Remember that spiritual forces have a divine plan, sometimes complex, that we may not see until later.

2016 is a Number 9 year in Numerology. Number 9 = completion, upsetting the apple cart if apples were spoiled, and clearing negative or imbalanced energies & patterns. Number 9 years prepare us for Number 1 year when new energies, leadership and perspectives surface.

While Astrology can be misinterpreted, Numerology is rarely wrong.

As we absorb the changes reflected in 2016 election process, may we all remember the traits of True Enlightenment: Acceptance, Tolerance, Respect, Mutual Respect and Faith.